“West – Day 1” is the first part of an audiovisual diptych focused on listening and on the sensitive processes that are played out in musical improvisation.

Day 1 takes place in “Los Acantilados” in the south of Mar del Plata, a territory at boiling point both ecologically and socially. Here, sounds formed by an active landscape emerge linked with social and community practices, bearers of an identity tone and voice. These sonic formations are framed in a cliff erected by constantly transforming Patagonian sediments, a unique landscape in which the particular geopoetic configuration of the place can be seen and heard. geopoetic of the place oeste West is about the recording and elaboration of this sound, geographical and social process, in a great 24-hour action divided into two working days. This part, the first, begins at dawn at the mouth of the ancient sea and ends at dusk in a forest of poplars.

A day like a sound? A sound like life? Both and more. Every day and every life counts, and every sound also. For centuries sounds — and domesticated music — were worth as little as a few lives, as a few days. They were not worth being heard as they were not worth saving. Now things seem to take another course, the course of listening and that of the community, in which both do matter. Listening and community are thus terms that overlap like an echo, and on which we can rely. They are serene signs that we have rescued precisely from days and life and that now return with the force of the sky and the sea even to evoke deeper presences. Where are they? What are their coordinates?

In the west there is still silence in its purest form. It can appear between a rock, a slippery drop, in a pause of wind and birds. You just have to follow the sunset. We must go towards that last light in which silence becomes a refuge and the sound of an embrace. Because sound is not just sound. Heard from afar, it indicates a behavior, a policy, and perhaps a way of loving. 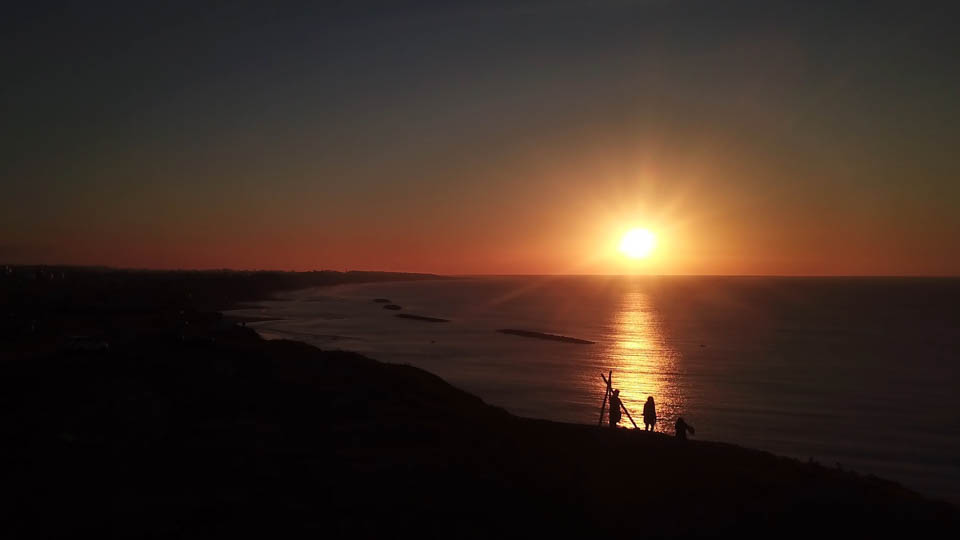