Second guitar planted, south orientation. It was presented at the “Vigil for the earth”festival.
Sunday, August 5, 2018.
To Nina Ossavy

The Canto Llano project is a ceremonial sound action that is made up of four installations on the earth’s crust, each one oriented towards a cardinal point. It consists of planting a tree in the middle of the mouth of a buried guitar. The sound installation begins with a ceremonial action that begins the growth cycle of the tree and the decomposition of the guitar.

What can we learn from sound if we move a little beyond aesthetics and acoustics? What can listening teach us when we try to hear the great cycles of heaven, of the cosmos that saw us born, will see us die, and that will surely die too? What lessons does matter teach us with its rhythms, its frailties, its hardness, its ancient and future laws? Canto Llano is an open-air sound installation that feeds on these questions, on that beyond the sounds that occurs when we remain still and silent in the face of simplicity that nevertheless summons us. This installation, together with the accompanying ceremony, finally seeks the close: to remind us of our relative position in the changing universe.

The first guitar, oriented east, was planted in the city of Casilda, Argentina, on October 12, 2017.

The third guitar, facing west, was planted in the city of Lausanne arrêt Blécherette, Switzerland, on August 10.

The fourth guitar, facing north, was planted in Acantilados, Argentina, on April 18, 2021. 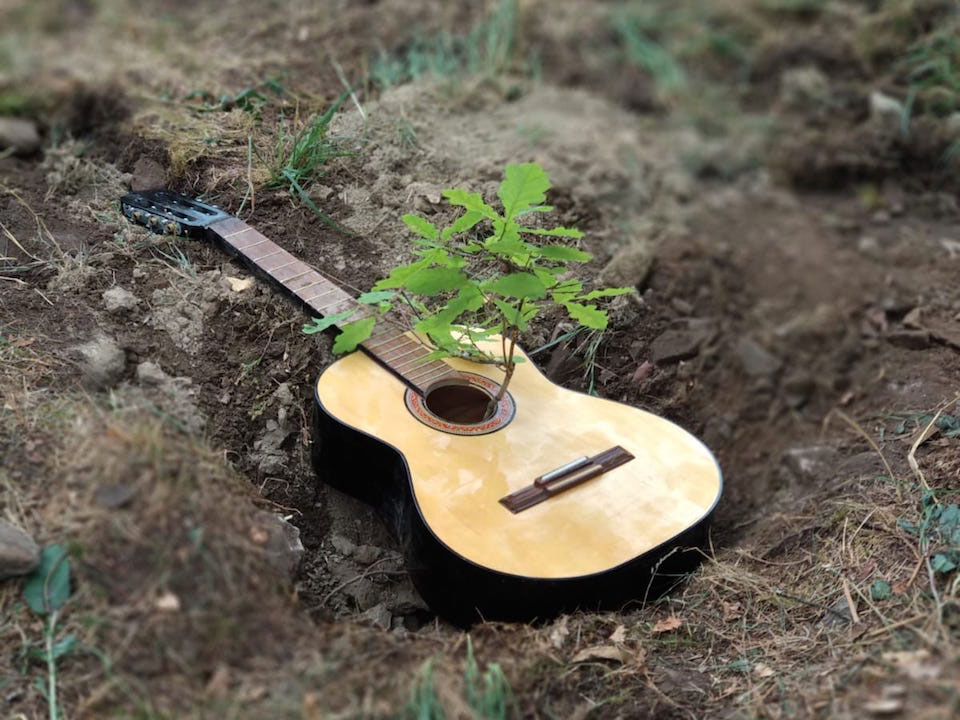