To finish with the armchairs

Inicio » Proyectos » To finish with the armchairs

To finish with the armchairs
Sound action for public space on the occasion of the 250th anniversary of the birth of L. V. Beethoven

To Rodolfo Acosta R.
and his half century of life

Commissioned by the MAR Museum, the action consists of arranging 32 cars parked at an equidistant distance, on the four streets that make up the perimeter of a block: in this case, those that border the MAR Museum. With the doors open, a sonata from the L. V. Beethoven catalog will be played in each car. The car located in position 1 will play sonata No. 1, and so on until reaching 32 positions.

The public will be able to visit the 32 sonatas as they walk through the streets that surround the Museum. It is a chronological journey through the most significant musical corpus of Beethoven’s work. However, the action also invites us to link the architecture of the building, the contingent sounds of the public space and the piano sonatas in the journey.

Two more aspects about the piece and its relationship with Mar del Plata.In our city, the public sound space is a space in tension and construction, especially on the promenade, in a mobile section that runs from Varese beach (and Paseo Jesús Galindez) to Constitución avenue. In this extension, citizens park their cars and mark a specific space with music-sound that they also fill with their bodies. A “territorial and sound bubble” but without clear boundaries. Juxtaposed, the groups are located one next to the other, building a linked sound field of independent genres and sounds.

It is very attractive to go through these virtual spaces, of gestures, theatricalities and partial musicalities. That plot informs us of the sounds of our community. It is an unthought emanation of how sound generates social relationships, while describing contemporary identity traits. And it is precisely on this everyday behavior of sound that Beethovenian sound action operates.

Stroll, music and listening
For thousands of years Western culture has formalized “armchair listening”, in which sounds moved around the listener like insects around light. Listening to the walking landscape discovers multiple superpositions and correlations between sounds and other agents of the landscape—such as the wind, unexpected aromas, subsidence of the terrain, sudden changes in temperature, etc.—that seem to re-dimension the known quadrants of sound and present them in an active space in constant transformation. A sound that carries in itself other forces of the landscape. This search would indicate a current direction in works interested in soundscape at the intersection with dance and choreography, classic forms to mark movement in space. A sound, a great all-round sound, that is perhaps showing its crown in the 21st century. 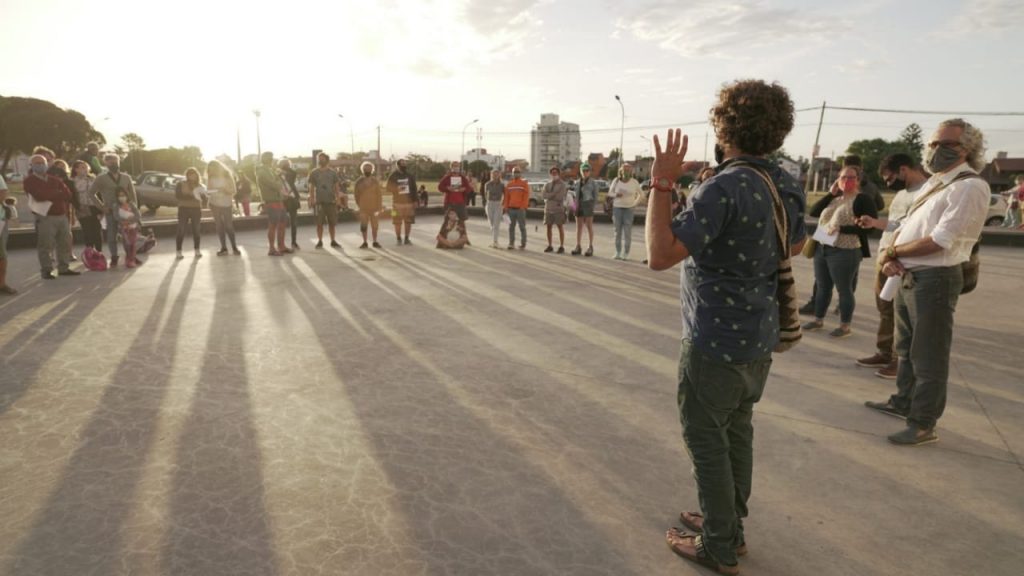